From the To Live A Lie Records site: “Weirdo industrial noise, grind, black metal ala Sissy Spacek from Montgomery, Alabama. This will truly melt your face.” That’s the new Calques tape in a nutshell. It also features your truly on space sickness/cosmic nightmare guitar. I’ve got a handful of tapes in, so contact me directly, if you’d like to snag a copy from me! Otherwise, you can get them direct from To Live A Lie Records. You can also preview a new track on the To Live A Lie Bandcamp site, and check out the whole thing at Cvlt Nation, who describe it as “death-ridden black noise.”

Two of the finest practitioners of unsettling and enveloping audioscapes team here for varied takes on drone, noise, and sonic wrangling.

Alabama’s Clawing is a collaboration between the prolific trio of Jeff McLeod (Gezoleen, Saragashum, Bert) Austin Gaines (Calques, Hadals, Japanese Women), and poet / spoken word artist Matt Finney (It Only Gets Worse). Their work here is an expansion on the ghostly world conjured on their masterful debut, Spectral Estate, with an unsettling aura that rests atop a current of anxiety and contemplation.

Offerbeest is one of the many guises for Dutch artist Maurice de Jong, perhaps best known for his work in the twisted black metal / experimental terror that is Gnaw Their Tongues. With Offerbeest, Maurice relies on analog synths to conjure bleak passages through demon haunts. High quality cassettes (edition of 100), digital downloads and streaming courtesy of Portland’s Nailbat Tapes.

Saturday night’s performance at The Sanctuary here in Montgomery, AL.

This ambitious Kickstarter came close but failed last time . . . so this is a fresh, prime opportunity to redeem yourself if you didn’t chip in last time. Craw were one of the greatest noise/math rock bands of all time . . . and certainly were (and still are) an inspiration to me. This needs to happen.

Yeah. It’s been updated. After a long-ass time. Wow. Split cassettes, along with two more Joyless Noise volumes that have been finished and available forEVER. All there.

Finished Joyless Noise, Vol. 4 tonight. The great Austin Gaines is working on cover images, and then it’ll be out there. This one’s primarily guitar-oriented, with amazing contributions from my friends Jeff Rieter and Marshall Marrotte. This is the most focused and massive of the whole series. Can’t wait for you to hear it.

We just posted three new No songs on our Bandcamp page. Well . . . actually there are two tracks. Two of them are ramrodded right smack into each other. Give ’em a listen, and you’ll see what I mean. We knocked these out in a day with Jamie Uertz at Sarcophagus in Auburn, AL. I feel like these are a bit different for us. Certainly on the guitar end of things.

Our friend Scott Bazar from Panama City, FL has created a wacko video to go along with the aforementioned ramrodding of “Insufficient Data/Wastage, Pilferage, Breakage,” too!

Next weekend on Saturday, August 2, I’ll be doling out some noise on guitar in Birmingham, AL with Baghouse for two sets at this year’s Secret Stages festival. We’re playing at 5:15pm on the Miller Lite stage, and again later that night at M-Lounge at 11:15pm.

Also, 14 new stories are up from the writing group at The Five Hundred. This month’s prompt was “Try not to think about it too hard.” My submission was Windowless Tower. 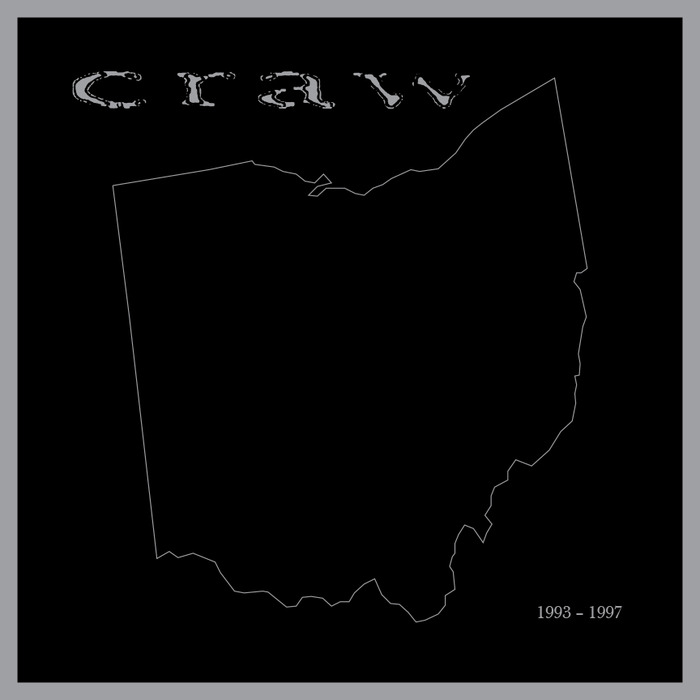 A Kickstarter campaign just went live today for a box set reissue of the first three recordings by one of my favorite ’90s noise rock bands Craw. Journalist Hank Shteamer (who I’ve known since those ’90s noise rock days) has planned an ambitious reissue for this Cleveland band’s long out-of-print material: a 6-album box set, limited to a release of 100, with some very nice incentives for serious fans of the band. Doing something like this is so expensive, so if you were ever a fan of this band, I urge you to go help out. There’s a nice overview of the band for those who aren’t familiar with all the excellent, darkly noisy, totally unique music that they produced.

Also, the latest batch of flash fiction from The Five Hundred is now up. This is a writer’s group I’m in, where we get a prompt each month that we respond to in 400-600 word submissions. This month’s prompt was “It slipped my mind.” My response is Recentering. Once again, my favorite stories were from my friends Matt Wilson (the beautiful White Walls) and Stephen McClurg (the excellent Like The Ones I Used To Know).

In celebration of my release of Joyless Noise, the first volume in a series of noise releases, competitively-priced at $1 . . . ALL the music on my Bandcamp site is now available for download for the same low price. I would appreciate your support, as I work toward two new releases looming on the horizon. I’ve finished up a new drone release called Endless Tunnels, due out on Montreal’s GBS Records (who also released I Wonder What Ever Became Of Me and Without Hope) later this spring. And I’m well on my way with work on Joyless Noise, Volume 2.

This weekend, my trio No is heading to Sarcophagus Studios in Auburn, AL to record three new songs with Jamie Uertz, who we worked with on our last release Scum Commodities. And Baghouse, the improv trio that I play guitar with from Athens, GA, will be playing at this year’s Secret Stages Festival in Birmingham, AL on Saturday, Aug. 2. Details on all of this are soon to follow!

Inquisition – Obscure Verses For The Multiverse

Musician, artist, writer, improviser. This is not here and now is almost over.

Looking to promote the best that metal music has to offer!